Guarana as a Brain Stimulant

Guarana Powder as a Brain Stimulant

In this quick overview about guarana, see how you can use its unique attributes to your benefit.

1. How Can You Buy Guarana Extract?

You can buy guarana extract in a variety of forms, such as powder, capsules, liquid, and even chewing gum. It’s also an ingredient found in many memory pills. It is, essentially, caffeine, and acts as a nervous system stimulant. If you need a brain booster, this just might be the ingredient you’re looking for. You can also eat guarana berries and drink guarana berry juice. Your best bet, however, is to buy guarana extract in the form of herbal supplements.

2. Is Guarana Powder a Safe Stimulant?

It seems like there are a lot more energy boosting drinks, pills and powders these day. I remember when red bull first came out and stormed the scene, and how skeptical I felt about it. I tried one once, and while it did give me energy, it was pretty obvious that it wasn’t exactly an all natural solution to the mid-afternoon slump. I’ve seen a lot of people around me use similar artificial stimulants, and I’ve just never been on that bandwagon. Now, it’s not that I’m against taking something to help my energy here and there. I just prefer using all natural supporter tea, or my new favorite- natural guarana powder.

Now, most people are familiar with tea, but not many people are as familiar with guarana powder. The stimulant called guarana powder is made from the guarana seed, which is an Amazonian berry that is naturally very stimulating. It’s a real staple in a few South American cultures, as they put guarana powder in everything from soda to chocolate. It’s a pretty recent transplant to the United States, where it has been prominent in the modern energy drink boom. A lot of those drinks use guarana powder, but mix it up with other sources of stimulation and tons of refined sugars and artificial flavors and colors. I really prefer to get the boost in a natural way, with just plain guarana powder, and not with all the added processed junk.

The guarana seed was used for a long time by the Guarani tribe who lived in Brazil in the Amazon Basin. They considered the seed to have medicinal and magical powers, and hailed it for its ability to almost instantly restore a person’s energy. They consumed the seed by crushing it up into a fine guarana powder, and then mixed the guarana powder into their drink or food. It has a very distinct taste, and is used even today as a natural flavoring for a wide variety of foods. 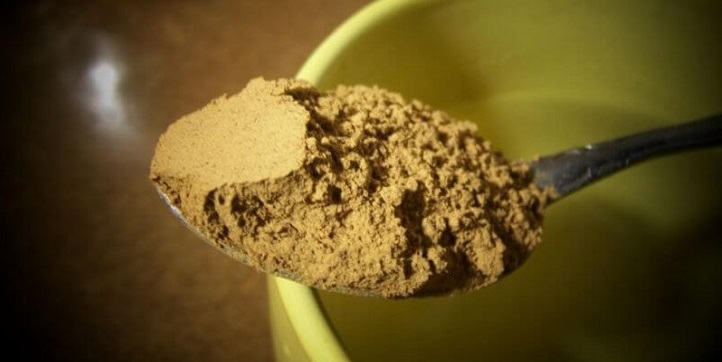 3. Difference between guaranine and caffeine

The stimulant in guarana powder is caused by this thing called guaranine. Now, you need to be clear about one thing - there is very little (and possibly no) difference between guaranine and caffeine. Their chemical structures are basically identical. That does not mean that the stimulation is exactly the same though, as you have to take in to account everything else around the stimulant. Caffeine is present in tea and coffee, which overall have different compositions and thus somewhat different effects than guarana powder. It isn’t just the stimulant, but what else is in the whole product that acts with the stimulant.

Guarana powder is considered to be a safe way to boost both your energy and possibly your mental functioning when taken properly. Instead of taking it in energy drinks, consider consuming guarana powder as a supplement- either in a pill, or as just the powder.

Perhaps the best way to take guarana powder is as a type of tea. Boil up a cup or two of water, and then spoon in about two grams of guarana powder into the water. Let it heat up, then take it off the heat and sip it as you would a tea or coffee. Keep in mind that it is very potent, and provides about twice as much energy as a cup of coffee. Like any stimulant, you should use guarana powder sparingly and only as needed, and make sure that you don’t abuse it’s use in any way.

4. Is Guarana Extract Right for You?

If you don’t mind getting your brain boost from natural caffeine, then this is probably the right choice for you. The effects of coffee vary from person to person, though, so you shouldn’t take more than directed by the manufacturer. If you are suffering from ADD or any other mental disorder, you should talk to your doctor before you buy guarana extract or any other herbal supplement.

The people who buy guarana extract are usually pretty healthy to begin with, and want something that will give them an extra boost. In addition to increased alertness and enhanced memory, there is also research that shows weight loss benefits associated with guarana extract.

¡Lo sentimos! Ya no damos soporte a tu navegador